"The Dothan City Schools family is deeply saddened at the passing of Dr. Sam Nichols, former superintendent. Dr. Nichols was a kind and faithful servant to many in Dothan and served with distinction in his role as superintendent from 2005 through 2011. Our thoughts and prayers go out to the entire Nichols family," says Dr. Dennis Coe, Superintendent

We extend our sincere condolences and prayers to his wife, Ellen Nichols, their three daughters - Jennifer, Marsha, and Elle, his grandchildren and the rest of his family and many friends.

A graveside service with military honors will be held in Sunset Memorial Park Cemetery on Tuesday, May 17, 2022 at 1:00 pm with Rev. Todd Thorpe officiating.

Flowers will be accepted or memorial contributions may be made to The Wounded Warriors Project. 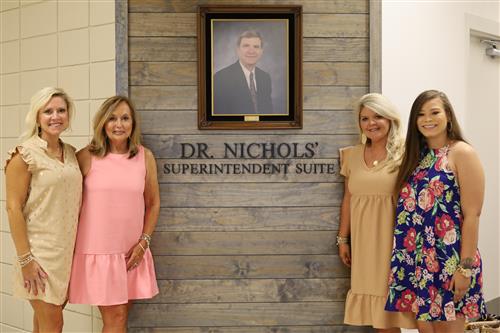 WHEREAS, Dr. Sam Nichols retired on June 30, 2011, ending a 37-year career in education, 35 of which as spent serving Dothan City Schools tirelessly and unselfishly, touching countless lives and helping students to realize their dreams and earning the respect of all.
WHEREAS, Dr. Nichols served our community with honor and distinction and was committed to improving schools for every child through leading school improvement efforts.
WHEREAS, Dr. Nichols lived as an outstanding example through his dedication to his wife, his children, and his grandchildren, and dedication to walking humbly with his God as evidenced by his life and his service to his church and the community through numerous organizations.
THEREFORE, be it resolved that Dothan City Schools mourn with the family for the loss of Dr. Nichols on this earth. 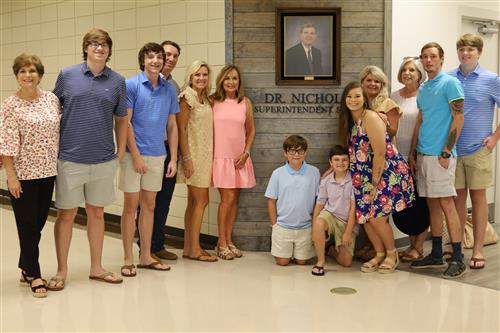 THEREFORE, that we will continue to follow the example he showed us in his life to work to improve the lives of those we touch and improve the community around us.
THEREFORE, BE IT FURTHER RESOLVED, that the Dothan City Schools hereby designate within Central Office the Dr. Sam Nichols Superintendent Suite.
Signed this 13th day of June, 2022
-The Dothan City Schools Board of Education and Superintendent
Copyright © 2002-2023 Blackboard, Inc. All rights reserved.